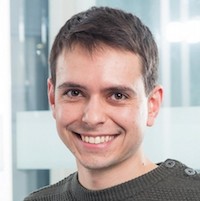 Part of the DevOps team, I’m in charge of running Back Market websites with Kubernetes platforms on AWS using tools such as TerraGrunt, Kops or Helm to ensure the complete reproducibility of our stacks.

Part of a global team located in the US, Europe and Japan, I worked on datacenter related tasks such as taking over existing virtualisation platforms based on VMware and OpenStack. I also took part in opening a new datacenter for Rakuten European subsidiaries and deploying an multi-tenants OpenStack infrastructure. I was aiming to manage them automatically and remotely, as well as providing easy to use infrastructures and tools.

Within a dedicated team, I worked on storage and virtualization infrastructures, shared services such as monitoring, APT repositories or e-mails, and internal tools made available to production teams. I also worked within a customer team for a few months.

During this experience, in addition to managing customers platforms, I was able to take part in modernizing the existing IT infrastructure: upgrading old software, setting up Puppet and rationalizing physical and virtual machines.

This experience enabled me to deploy my first web infrastructures in relation to the customer development teams, and to build skills on a large number of technical subjects. I was also asked to suggest improvements and I dealt with incident mitigation, which allowed me to understand the stakes of the production.

During this end-of-studies internship focused on telecommunications, I was led to install and configure PBX / IPBX, phones and Wi-Fi AP in various companies. I also made interventions on the local loop, and delivered training to end-users.

Specialized in Systems and Networks Administration.